Each and every person comes to Pain Academy’s online program, “The Movement Program,” with different symptoms, experiences, and stories. The one thing every student has in common is disorganized movement.

If you are feeling imbalanced movement, are in pain, or notice tense tight muscles… somewhere along the way your body has learned to “misplace” function by assigning certain movement roles to parts of the body that weren’t designed to execute that movement.

Take Brad here for an example:
In the photo on the left, Brad’s body had ‘misplaced’ function by asking his mid-back to move more than his hips and pelvis when he bent forward. Said differently, because Brad’s hips didn’t move well, his mid-back had to make up for that extra movement. This created a lot of excessive tension in his mid-back, shoulders, and neck.

Oftentimes, areas that feel tight and tense are the first signs of function being ‘misplaced’ which is why just stretching tight muscles seldom works. We have to restore movement elsewhere in the body to stop giving those muscles reasons to tense up.

By learning basic movement routines and doing them daily, Brad was able to:

1. Calm the excessive tension his body was holding.
2. Remind the muscles in his body of their original purpose and restore function.

The photo on the right shows his pelvis can move again. Now that his pelvis and hips are moving better, his tight mid-back, stiff neck, and tense shoulders are finally able to relax. This all adds up to him moving and feeling better!

If you’re at the beginning of your journey, it may feel like function is lost…

But remember–it’s only misplaced.  Brad has shown how commited he is to this process, and his results are a testament to that. Just last week, he told us how much he loves the structure of The Movement Program. It can be intimidating to learn something new but we’ve mapped out each day for our students so that they can push play and follow along. If you’re looking to move better, too, click here to get started. 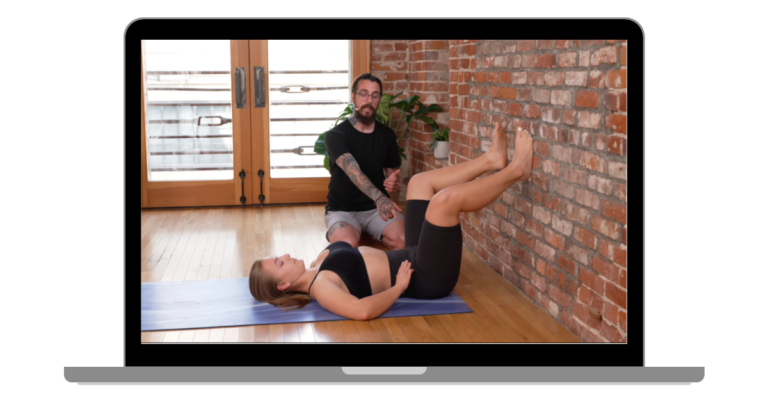 A 23 minute routine to help relax tension, de-stress, and balance out the body. You’ll also get access to our free weekly newsletter with awesome content and exclusive offers to our life-changing programs.